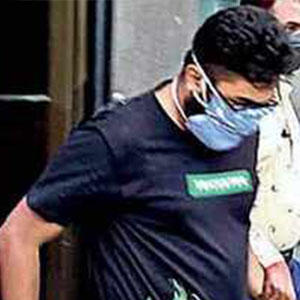 The operation%.–m carried out in association with the city police’s Special Operation Group (50G)!IIP
The drugs seized include imported hybrid marijuana, hashish, LSD. capsules, mephedrone and other varieties. Sources claimed that drugs weighing nearly one kilogram were seized from the couple. The exact value of the seized drug is yet to be declared by the top anti-narcotics agency of the country.
Scurces in
police informed that, considering the types of the drugs and its
quantity the total value of the complete seizure must be in crores. Sources said that both the accused are amund 30-year-old.
The drugs were seized from a:fferent locations of the city. The seized products have been kept in the custody of city police while its samples were collected to be tested at a forensic science laboratory in Delhi.
After bin a produced in a local court the accused were sent on three days transit remand and they will be taken to Delhi for further investigation. “We were assisting the NCB team and the official details will be shared by the agency on We do not have exact details of the seizure or arrests,” said an SOG officer. Despite attempts, top officials of Gujarat NCB were not a,,,ailaole for comments. NCB is likely to share details about the preliminary investigation of the case.