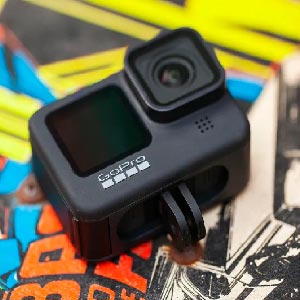 Both companies are defending their rep

Amazon and GoPro have sued seven Chinese nationals and a pair of businesses for distributing hard-to-detect knockoffs of its “Handler” floating camera hand grip and “3-Way” tripod grip, ones that blatantly use GoPro’s own logo, in an April 2021 lawsuit that’s just now being unsealed — because there’s a parallel criminal investigation in China against these same sellers, the complaint reveals.

While the lawsuit doesn’t say how many people actually bought these counterfeit GoPro accessories, it suggests at least some buyers were fooled by the fake products. One wrote they were “very disappointed it was provided by GOPRO. I will not purchase any more products of this brand from now on.” Others were more skeptical: “[It] can’t be a real GoPro stick because it rusted after two days,” wrote another customer, according to the complaint.

The differences appear to be fairly subtle: counterfeit tripods, for example, might weigh a little bit less, have a rougher surface, a smaller button, and a different number of “dots” in different places on the arm. The foam might be a slightly darker color, too. It’s not clear why Chinese companies would see the need to counterfeit these products, given that GoPro’s camera mount is an exceptionally easy thing to find third-party attachments for, but perhaps they thought an official logo would help them stand out.

Amazon says it blocked the entire Amazon seller accounts of these defendants after counterfeits were brought to the company’s attention and that it sent samples of their products to GoPro to help the investigation. Referring these cases to law enforcement is part of the standard procedure, Amazon Counterfeit Crimes Unit head Kebharu Smith said earlier this year.

Amazon has a long-running problem with counterfeit goods, and other companies have sued before: Apple claimed in 2016 that 90 percent of Apple chargers sold on Amazon were fake, and reporters were able to find quite a few counterfeits even after Amazon’s subsequent crackdown. We wrote in 2019 about how Amazon’s own AmazonBasics products were getting knocked off. I remember purchasing a counterfeit SanDisk SD card from Amazon a while back myself. “Welcome to the era of fake products,” wrote  Wirecutter last February, providing a variety of Amazon examples.