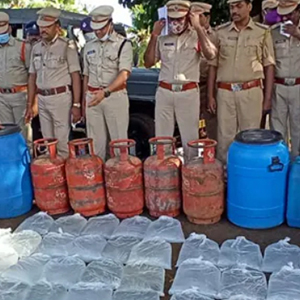 As per an official statement of the police, a total of 29,750 litres of Jaggery wash was also destroyed.

Further, police informed that the families with brewing as their livelihood are being identified so that they can be provided with alternative employment through the Parivartana program, and to bring them out of the illegal occupation.