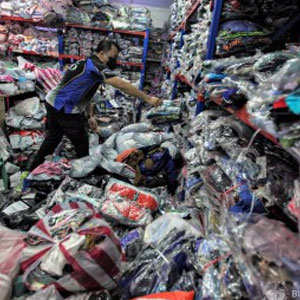 BOC seizes PHP2.5-B worth of counterfeit goods in Pasay

MANILA – The Bureau of Customs (BOC) on Saturday reported the seizure of approximately PHP2.5 billion worth of counterfeit goods in Pasay City.

Armed with a Letter of Authority (LOA) issued by Commissioner Rey Leonardo Guerrero, they conducted the inspection that led to the discovery of possible Intellectual Property Right (IPR)-infringing goods and suspected smuggled counterfeit goods.

The fake items bear the names of luxury brands such as Christian Dior, Gucci, Chanel, Louis Vuitton, and Fendi to name a few.

The operation was also conducted in coordination with the Philippine Coast Guard (PCG), and the Armed Forces of the Philippines (AFP).