Counterfeit medical devices: on the rise during Covid-19? - Veritech 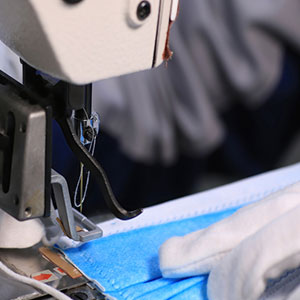 Counterfeit medical devices: on the rise during Covid-19?

While counterfeiting has long been an issue in the pharma supply chain, the impact of sham medical devices is less well known.

In March 2020, as Covid-19 spread around the world, many essential medical products fell into short supply. Surgical masks, and other PPE, were particularly hard to come by, with existing supply chains buckling under this unprecedented strain.

Medical device companies rose to the challenge admirably. But they weren’t the only ones producing supplies. That month, a global operation by Interpol, dubbed Operation Pangea XIII, seized some 37,000 counterfeit medical devices, most of which were surgical masks. Counterfeit pharmaceuticals were rampant too, including products like the dubiously named ‘corona spray’.

“Once again, Operation Pangea shows that criminals will stop at nothing to make a profit. The illicit trade in such counterfeit medical items during a public health crisis shows their total disregard for people’s wellbeing or their lives,” said Jürgen Stock, Interpol’s Secretary-General.

Six months later, half a million counterfeit N95 masks were seized at Chicago O’Hare Airport. The masks, shipped from China, had an estimated value of more than $3m. Customs officials stated that criminals were also selling counterfeit goods through the online marketplace – safety equipment, unapproved Covid-19 test kits, unproven medicines and substandard hygiene products among them.