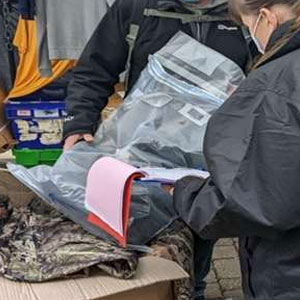 A crackdown on the sale of counterfeit goods has seen fake Armani and Gucci items seized at Swanley Market.

A team of 17 officers seized items including, adult and children’s clothing, bags, hats, sunglasses, belts and watches from brands such as Armani and Gucci.

Kent Trading Standards operations manager Clive Phillips said the sale of counterfeit products is illegal and will not be tolerated.

He added: “As well as undermining local legitimate businesses, fake goods can also ruin Christmases because they are of inferior quality and fail to conform with safety standards.

Kent Police inspector Matt Atkinson said: “If something seems too good to be true, it probably is. “Don’t be fooled into thinking you’re getting a great deal, you may be buying stolen or counterfeit goods.