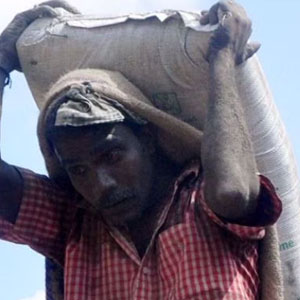 CUTTACK: In a major crackdown, the Commissionerate police on Monday busted a fake cement manufacturing unit at Champati village within Jagatpur police limits.

CUTTACK: In a major crackdown, the Commissionerate police on Monday busted a fake cement manufacturing unit at Champati village within Jagatpur police limits.

The unit was engaged in manufacturing counterfeit cement by recycling expired or damaged cement and mixing other raw material including dust in it. Police have detained the owner of the unit Bijya Kumar Mohapatra of Nuapada in Khapuria locality.

ACP Amarendra Panda said the unit was busted during a raid by a police team. “The owner of the unit used to buy expired or damaged cement at cheaper rates from different cement manufacturing companies. He used to recycle it into fresh cement by adding colour and other raw materials,” he said.

The unit used to re-fill the cement in bags with logos of reputed brands like ACC, Dalmia DSP and UtraTech Super and supply the stock to the markets. Huge quantities of empty bags of the companies which were procured by the owner from a shop in Berhampur too were seized from the unit.

Around 2,000 bags of counterfeit cement including a truck loaded with fake cement and different equipment and tools used for recycling and packaging the product were also seized.