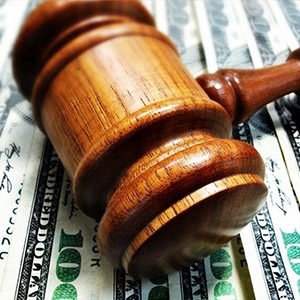 A New Jersey man was arrested Oct. 20 for allegedly setting up a phony jewelry business in Port Chester and depositing nearly $1.6 million in counterfeit checks in his bank accounts.

Last year, Okafor allegedly asked a woman to set up a New York corporation using a Port Chester address and to open bank accounts in the corporation’s name. The woman is not named in the complaint but is identified as a cooperating witness.

Okafor then brought checks to the woman’s home for her to deposit in the corporation’s accounts, the complaint states, and he also had her sign checks to be drawn from the accounts. She was told that the deposits were funds from his businesses.

In February, a bank opened a counterfeit check investigation.

The bank discovered checks made out to Okafor’s corporation on four customers’ home equity credit accounts from February 1 through April 8:

But FBI agent Carmen Cacioppo reviewed text messages and files that were exchanged between Okafor and the cooperating witness in which Okafor appears to be coaching the woman on what to say if banks questioned the deposits.

WhatsApp messages on March 1 allegedly set up a false explanation for a $380,000 deposit on the check from the West Harrison victim.

“My love if they ask me what did I sell them. What I had to say,” the witness asks.Veritech offers numerous security inks that are highly effective in protecting against the menace of counterfeiting. We recommend different inks for different applications where both covert and overt printing solutions are required for packaging, labels or holographic seals to help protect brands and consumers from fake products. Some of our inks also employ forensic technologies that can be seamlessly integrated with our wide range of brand security products.