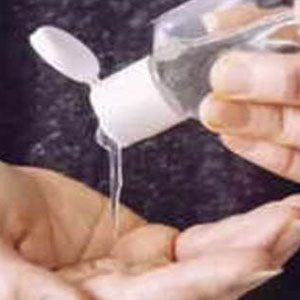 BHOPAL: Amidst speculations of a third wave of Covid-19, Ratibad police on Tuesday night raided a herbal products manufacturing unit and seized large quantities of spurious sanitizer being illegally packaged and sold in the name of branded companies.

BHOPAL: Amidst speculations of a third wave of Covid-19, Ratibad police on Tuesday night raided a herbal products manufacturing unit and seized large quantities of spurious sanitizer being illegally packaged and sold in the name of branded companies.

The manufacturing unit owner and his employees were pasting fake labels of the branded company name and logo on the spurious sanitizer cans. Police seized a large number of fake branded stickers and 780 litres of spurious sanitizer packaged in 156 cans of five-liter each. Police arrested the manufacturing unit owner along with the accused, who supplied it to retailers in the markets. The accused were booked on charges of fraud under the IPC and the Copyright Act.

The accused manufactured spurious sanitizer for Rs 200- Rs 250 and sold it at ten times higher rates between Rs 2,000 and Rs 2,500 in the markets. Ratibad SHO Sudhesh Tiwari said that Ajay Kumar Dewaliya, 38, who is a field officer in a brand protection agency, informed police that a herbal products company has its manufacturing unit at Kalkhera village in Ratibad where they manufacture sanitizer, handwash, shampoo, toilet cleaner and other products. The company was illegally packaging spurious sanitizer in the branded company packaging and selling them at higher rates in the market to earn illegal profits. Acting on the information a team of Ratibad police raided the spot on Tuesday night. The representatives of the branded companies and the complainant were present with the police team and they took the samples of the seized sanitizer.

Tiwari said that police seized 156 cans of five-liter each carrying sanitizer illegally packaged in the name of branded companies. The cans had price tags of Rs 775 and Rs 475 each. Police also seized rapers kept for being pasted on the sanitizer cans along with raw material to manufacture spurious sanitiser. SHO Tiwari said that police registered a case against unit owner Akshay Kumar Sharma, 45, a resident of JK Park Kolar and his marketing employee Faiz Alam, 38, a resident of Pul Bogda Aishbaghl.