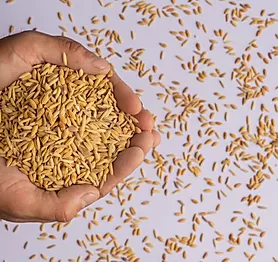 Harinder Singh Lakhowal says farmers of the state have been looted by a nexus of officials and seed manufacturing agencies by selling fake seed. He demanded a probe by an independent agency into the alleged paddy seed scam by shop owners.

Bhartiya Kisan Union (BKU-Lakhowal) general secretary Harinder Singh Lakhowal has demanded a probe by an independent agency into the alleged paddy seed scam by shop owners. He said the probe report should be submitted within 15 days and stringent action be taken against the accused. He said farmers of the state have been looted by a nexus of officials and spurious seed manufacturing agencies.

He said the agricultural department’s raid on two shops selling spurious seed was merely an eyewash.

After the recovery of a huge cache of spurious seed, no statewide raids were conducted and no efforts were made to find out how thousands of tons of counterfeit seed managed to reach the market. Lakhowal said even in the past, his union activists had caught shop owners selling spurious seed.

“We had caught a shop owner in Bathinda for selling spurious seed. Similarly, a pesticide seller was caught red-handed selling fake pesticide meant for sugarcane. But, in both the cases, culprits was let off by department officials,” said Lakhowal.

PAU had urged farmers not to buy spurious seed and recommended that only the seed of the varieties produced by PAU should be used by the farmers and that farmers should also not be misled by unrealistic yield claims made by seed sellers. The advisory by PAU has been issued in the backdrop of a raid conducted by agriculture and farmers’ welfare department of Punjab on Brar Seed Store situated opposite the university’s gate number 1 on May 11, for selling spurious seed.

The officials confiscated seed samples, bill books and other documents. Besides, the police had also registered a case under Section 420 (cheating and dishonestly inducing delivery of property) of the Indian Penal Code and initiated investigation.