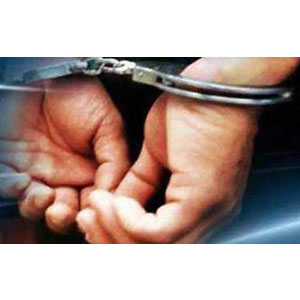 MUMBAI: Investigators, probing the fake cancer drug case, recently arrested a 38- year-old Hyderabad resident for supplying the fake injections to Pooja Rana, who was arrested earlier in this case.

The accused, Raghvendra Reddy, an MBA from II M Ahmedabad, during interrogation told police that he had imported the cancer drug from Turkey.
Reddy, who did his B Tech from an IIT, had supplied the fake cancer medicines to Rana. She ran Prime Pharma from Kalyan. Police said he earlier worked in a London bank for couple of years and later returned to India to start his own business.
A police team supervised by Niket Kaushik, economic offences wing head, comprising inspector Nitin Patil, APIs Anil Jaykar, Rohit Sawant, PS’s Rupesh Darekar, Eknath Desai and staff Ganesh Doiphode and Mahesh Naik, had last month arrested Pooja Rana (30) from Kalyan for selling spurious cancer injection and tablets.

“During investigation we leant that Reddy had supplied these injections to Rana. We arrested Reddy. He has earlier visited Turkey as well. To start his own business, he came to India from London. Initially, he had formed a pharma firm. As of today, he has three pharma companies. He does not have an export import licence,” said Patil.
Patil added that during investigation they learnt that Reddy was in touch with some people from Turkey, Russia, China and Egypt in connection with the pharma business. “He had illegally bought the cancer drugs and sold them in India,” added Patil. Reddy has allegedly destroyed his phone. The cops said they will invoke a section of destruction of evidence under the I PC against Reddy, said the police.