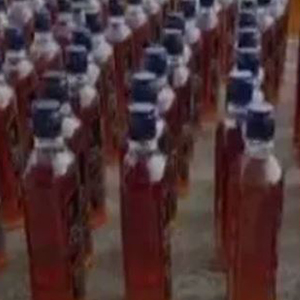 While two persons have been arrested in this connection, one of the main accused managed to flee from the spot.

Acting on a tip-off, the team of the Sambalpur Excise Department conducted a raid near the Telenpali area and seized fake foreign liquor worth lakhs of rupees from the spot. They also seized materials used for making fake liquor.

Following two brothers, identified as Shiba Kumar Sanra and Saroj Kumar Sanra have been arrested and forwarded to the court.

Sources said that country-made foreign liquor is mainly being smuggled from neighbouring states following its high demand across the district in the wake of upcoming festivals.

The cops have seized over 200 bottles of foreign liquor from the spot. Meanwhile, police have launched a manhunt to nab the main accused.