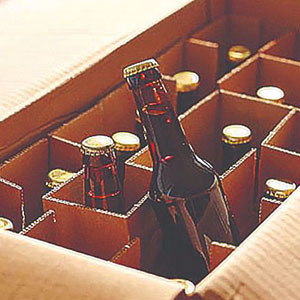 The Una unit of the Vigilance and Anti-Corruption Bureau seized 900 boxes of country-made liquor, manufactured at YBPL on Friday night, which were being transported on forged permit.

Deputy Commissioner, STE, Sirmaur, PP Singh, said, “Official Jai Singh was directed to remain present at YBPL on October 17 as a vigilance team from Una had to inspect the unit.”

“He, however, failed to turn up and bureau sleuths could not inspect the unit as its keys are supposed to be with him. Jai Singh was absent from duty without any intimation following which a show-cause notice was served on him. Intimation was also sent to senior officials for further action.”

The notice was pasted outside his office at Paonta Sahib and a copy was also sent to his local residence as well as on his permanent address in Shimla district. He was also intimated through e-mail and Whatsapp, said PP Singh.

Bureau DSP Anil Mehta, who was heading the seizure case, said, “Efforts are afoot to trace Jai Singh as it will help enable us to examine records at YBPL.”

The YBPL had been in the thick of controversy earlier this year and it was sealed in July after 13,802 litres extra-neutral alcohol (ENA), which is a raw material, was found stocked without any permit. As many as 5,155 cases of country liquor could be manufactured from this ENA.

A penalty of about Rs 32 lakh had been levied on the unit and a revenue loss of Rs 99,11,073 was caused to the state exchequer.

A slew of flaws were pointed out during its inspection which, however, failed to be addressed. The unit was given permission to operate on the plea that it would exhaust the stock of ENA.