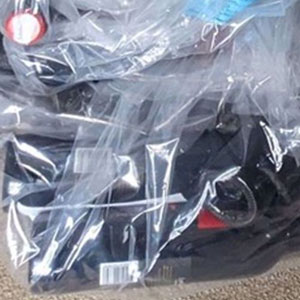 Counterfeit alcohol ‘not intended for human consumption’ seized in Walsall

More than 80 bottles of counterfeit alcohol have been seized following a recent Black Country raid.

The vodka was taken for examination resulting in a further 12 bottles being seized from the store by the team.

On analysis, the vodka was found to contain industrial alcohol which, while it would not cause serious harm, is not intended for human consumption.

Following this alert, Trading Standards Officers conducted a series of visits to other off-licenses in the borough to examine stocks of spirits and wines to check that they are authentic.

Four further bottles of the counterfeit vodka were found as well as a total of 80 bottles of counterfeit ‘Yellow Tail’ wine on sale in 10 different stores.

The wine was found to be understrength and in some cases less than the stated size but was not harmful to consume.

Councillor Garry Perry, deputy leader for resilient communities, said: “Our Trading Standards team have done an excellent investigation resulting in the removal of counterfeit alcohol on sale in stores in the borough.

“Thank you to the resident that bought this to our attention so that the appropriate action can be taken to get this off the shelves.”

“I encourage all residents to be vigilant and lookout for signs that a product may not be what it seems, sometimes counterfeit items can be made to look so genuine it can be hard to spot.

“There are however some tell-tale signs that you can look out for.