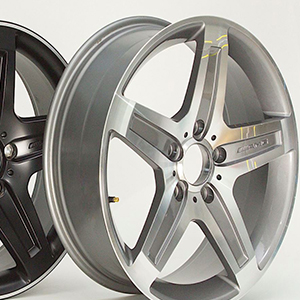 In a very rare instance when Daimler reveals such things, the German behemoth said this week it had detected an increase in the number of counterfeit parts for the cars it sells, especially safety-related products like brakes and wheels.

According to Daimler, last year saw no less than 1.7 million such parts being confiscated in over 550 raids the carmaker called for and supported in various and undisclosed parts of the world. Back in 2019, Porsche was not so discreet, and called out China for being the source country for most of the 200,000 fake items confiscated a year before.
The value of the merchandise seized on behalf of Daimler was not disclosed, but just to give us a sense of scale when it comes to such illegal operations, the company cites a Unifab trade association report that says counterfeiting car parts is at times more lucrative than selling drugs.
Aside from the physical world, Daimler said it registered a three times increase in online trade with fake parts, with 138,000 fake products removed from online platforms at the Germans’ request, made through their Intellectual Property Enforcement unit.
Daimler also gives people some advice when shopping for parts, saying fake ones are easy to spot because of their low price, dubious sources, and questionable quality.What Daimler does not say is that some people (not few) actively look for fake parts to buy and use, mostly on account they are cheaper than the original ones. And sadly it is these customers that keep this underground industry alive.