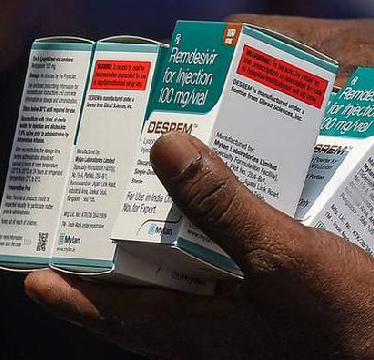 Brain behind the business is absconding, say police.

The Imphal East district police under the supervision of SP N. Herojit arrested on Tuesday Lalu Shah from Samastipur district of Bihar along with a bagful of Remdesivir bottles. The SP told reporters, “There are reasons to suspect that the 441 bottles were spurious. We sent a letter to the Health Department for follow-up action.”

The Health officials pointed out that individuals “cannot procure and possess the drug”. The suspect could not produce prescriptions and sales cash memos. He had been walking on Tuesday in a suspicious manner in New Checkon in Imphal east district when the police intercepted him.

During the preliminary interrogation, Mr. Shah disclosed the name of another person who is believed to be the brain behind the business of fake drugs. He is reportedly somewhere in Guwahati. Two police officers were sent to Assam to arrest him. It appears that he was tipped off by his associates in Manipur about Shah’s arrest. He fled to Koltaka and his whereabouts are not known Mr. Herojit said, “We have registered a case against Shah and are interrogating him.”