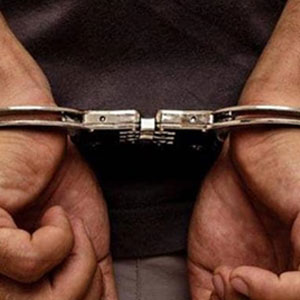 at Thachankurichi forest area near here on Thursday evening. The liquor bottles kept in 90 boxes were seized in July last year by the police at Therkku Irungalur near Samayapuram. Three persons were arrested on charges of hoarding the contraband in order to sell them. The value of the seized contraband was put at ₹5 lakh.

Police sources said the Tiruverambur Prohibition and Enforcement Wing personnel took the confiscated bottles containing the fake liquor and destroyed them by pouring the liquor into a pit at the Thachankurichi forest area. The action was carried out under the supervision of Assistant Commissioner, Excise.