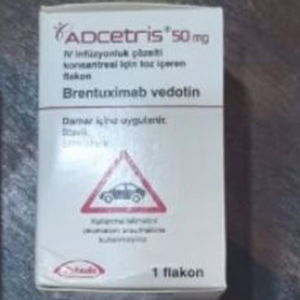 She was running pharma company in Kalyan; drugs worth Rs 67.60 lakh seized

The CB Control Unit of Mumbai Economic Offences Wing (EOW) has arrested a 30-year-old woman running a pharma company at Kalyan for allegedly selling counterfeit medicines used for the treatment of cancer. The police have also seized counterfeit medicines worth Rs 67.6 lakh and are probing the source of procurement.

Police inspector Nitin Patil said that earlier this year, an application was received from an advocate of a trademark company that handles the copyright of certain medicines manufactured by a Japan-based company. The advocate, in his application to the police, had informed about the sale of these counterfeit medicines in Mumbai.

Patil said, “We were informed that these drugs are specifically used for treatment of cancer and are not permitted for sale in India. Also, as per their information, the medicines that were being sold in Mumbai under the name of the Japanese company were fake.” Patil added that the police contacted the advocate for further assistance. A trap was later laid for the purchase of the said medicines in March and an injection was purchased for Rs 1.12 lakh near SV Road in Santacruz through a pharma company in Kalyan. “The actual cost of each injection is around Rs 5.80 lakh,” Patil said.

He added that the injection was sent to the Japan-based pharma company for forensic analysis of branding and to check its genuineness. “The report that was received stated that the product was spurious and not produced by them. A case was then registered on Thursday at Santacruz Police station against the accused, a woman, on the complaint of the advocate,” Patil said.

Patil added that a team was then sent to the office of the Kalyan-based pharma company and the accused woman was caught with six Adcetris injections and two Iclusig tablets of that company. “The accused was trading in these drugs with the knowledge that they were not meant for sale or possession in India. Moreover, they are spurious and therefore dangerous,” he said, adding that the woman was placed under arrest after following due legal procedures. She was produced before the court on Friday and was remanded to police custody till October 4.

The police have registered a case of cheating and forgery under the sections of Indian Penal Code and Copyright Act and the probe has been taken over by the EOW. The police have seized fake injections and tablets worth Rs 67.60 lakh, a laptop, a mobile phone and some documents.