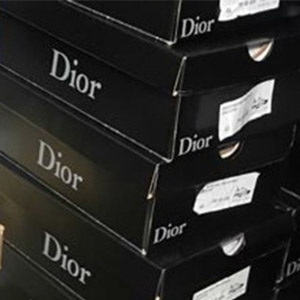 Counterfeit goods worth a massive £500m seized in UK

Counterfeit designer clothing, shoes, perfume and other goods worth an eye-watering £500m ($692m) have been seized by police in Manchester, UK.

A raid on a storage facility in Strangeways uncovered more than 200 tonnes of counterfeit items concealed within 55 individual units, pointing to a massive, organised criminal network dedicated to the illicit trade.

Two counterfeit perfume factories were also found in a number of lock ups inside the facility along with manufacturing equioment and chemicals – including white spirit and screen wash – that were used to produce the knock-offs.

The investigation is ongoing, according to the police, but officers have so far seized suspected counterfeit shoes, clothing, handbags, watches, makeup, perfume, sunglasses, batteries and headphones.

Fake brand labels were also seized, with police noting that these are often imported separately to be sewn onto counterfeit clothing and shoes later in an attempt to evade detection of the illicit production of goods.

“We believe the hundreds of tonnes of goods seized would have supplied gangs in Cheetham Hill selling counterfeit goods,” he added. “This funds an assortment of serious organised crime, which we are determined to combat.”