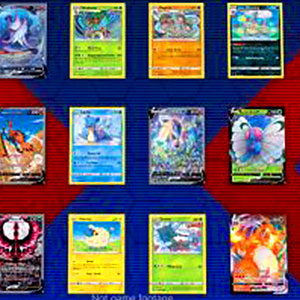 Customs officials have seized 7.6 tons of fake  Pokémon cards, with the counterfeit cards allegedly caught en route to the Netherlands.

As reported by  Nintendo Life, fake  Pokémon cards “weighing over 7.6 tons” were intercepted by customs officials at Pudong airport in Shanghai.

The boxes of counterfeit cards were shipped by a company in eastern China, and were reportedly on their way to the Netherlands when they were seized. According to  Yicai Global, the interception marks “one of the biggest fake IP hauls in recent years”.

A clip posted by  Yicai Global, which shows the sheer volume of fake cards, can be watched below.

As well as undercutting the prices of legitimate cards, forged cards also risk being lower quality products. Fraudulent cards are circulated because the card game remains hugely popular. As  Nintendo Life points out, 3.7billion  Pokémon cards were sold between 2020-2021 alone.