DEA warns of dangers of - Veritech 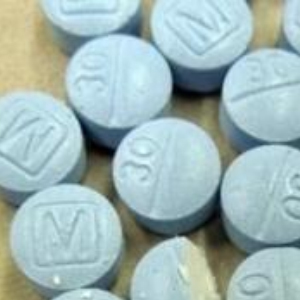 DEA warns of dangers of

The DEA is encouraging families to talk with their kids about the dangers of counterfeit pills.

The counterfeit pills look like legitimate pharmaceutical pills, including Oxycodone, Xanax, Adderall, or other things people are used to taking. They can be laced with dangerous, even deadly doses of drugs.

Murray said there is no rhyme or reason or quality control about how the pills are made.

“You may have one pill that is primarily binder ingredient. You may have another pill that has two milligrams, which is a lethal dose of fentanyl or more mixed in with it,” she said. “It is truly playing a game of Russian Roulette that you don’t know what you’re going to get with each pill that you take.”

Nationally, two out of every five counterfeit pills intercepted by the DEA contain potential lethal doses of fentanyl.

For context, two milligrams of fentanyl is enough to kill you. In size, that is essentially a few grains of salt. If laid next to a penny, it’s minuscule in comparison.

In September, the DEA launched a “One Pill Can Kill” campaign, highlighting the fact that a small amount of fentanyl can be lethal.

Murray says, generally speaking, pills bought off of the internet or on the dark web are counterfeit.

“If you hold up to pills, more often than not, you’re not going to be able to tell the difference until it’s lab-tested, or someone with a lot of experience can look at it and tell you this one’s legitimate, this one’s fake,” she said. “The people who were selling it are going to put it in an orange bottle and try and make it look as legitimate as possible.”

There is a legitimate, legal use of fentanyl in hospital settings to help people in significant amounts of pain. The DEA says the synthetic fentanyl is exported from China to Mexico, where it is pressed into pills by drug cartels, re-packaged and smuggled to communities coast to coast.